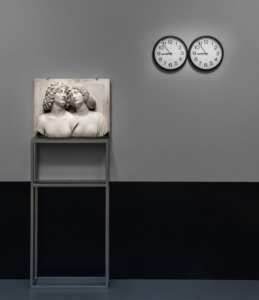 HAARLEM, the Netherlands — Frans Hals, a Dutch Golden Age portraitist of wealthy merchants and jolly rogues, was popular and successful in his lifetime, but before he died, he fell out of fashion. His loose, bold brush strokes were too rough for the 18th century. But the Impressionists rediscovered him in the 19th century, and resurrected Hals as a modern master.

Nowadays, Hals ranks with his compatriots Rembrandt and Vermeer in the pantheon of art history, but Ann Demeester, director of the Frans Hals Museum in Haarlem, prefers to see him as a “transhistorical” figure, whose influence leapfrogs across time, and into contemporary art.

That is why she has taken the unusual step of rehanging highlights from the museum’s permanent collection of Hals works and other Golden Age art alongside the works of living artists such as the photographer Nina Katchadourian, the multimedia artist Shezad Dawood, and the painter and sculptor Anton Henning, for “Rendezvous with Frans Hals.” She hopes to demonstrate that today’s artists are still inspired by Hals’s 350-year-old legacy.

“Transhistorical” is something of a buzz word in curatorial circles these days, as museums seek new ways to ignite public interest in older art. The blending of old and new has drawn interest from collectors at art fairs such as Frieze New York, and auction houses are doing it too: Christie’s sold Leonardo da Vinci’s “Salvator Mundi” in a sale of contemporary art last year for $450 million.