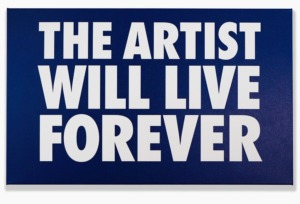 To present 21 works in Hong Kong, spanning approximately six decades (1962–2018), is an unusual occasion for Billy Apple, a groundbreaking New Zealand-born artist whose pop-infused conceptual practice is mostly acknowledged in New Zealand, England (where he studied and worked from 1959 to 1964) and the United States (where he lived from 1964 to 1990).