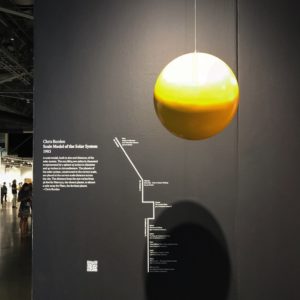 The Creative Time alum speaks with artnet News’s editor-in-chief Andrew Goldstein about the intersection of art and tech and how to add heft to art-fair programming.

Nato Thompson has a knack for putting artists and other thinkers together in a way that gets people talking. He did this to great effect during his decade at the New York nonprofit Creative Time, where he organized the annual Creative Time Summit—a freewheeling marathon of accessibly formatted art talks with a social-practice bent—and also managed such celebrated projects as Kara Walker’s giant sugar installation A Subtlety in 2014. Now, as the new artistic director of the Seattle Art Fair, Thompson has been tasked with recreating this same kind of engaging, civic-minded discussion around art, only in a city far removed from the slipstream of the in-the-know art world. And, also, within the generally antiseptic context of an art fair. It’s a challenge.

Thompson, luckily, is the right guy for the job—if only because the way he approaches art is less through think-y books of criticism (although he has written two, Seeing Power and Culture as a Weapon) and more as something that, when done right, can be intuitively grasped by the man or woman on the street.