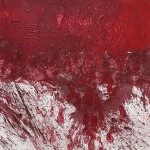 From his earliest performances and actions in the 1960s involving animal remains through his infamous multi-day, multimedia festivals staged at an Austrian castle, Hermann Nitsch has remained a figure of boldness and controversy. Earlier this year a major show at Museo Jumex in Mexico City wascancelled — but no such fate has befallen the artist’s […]