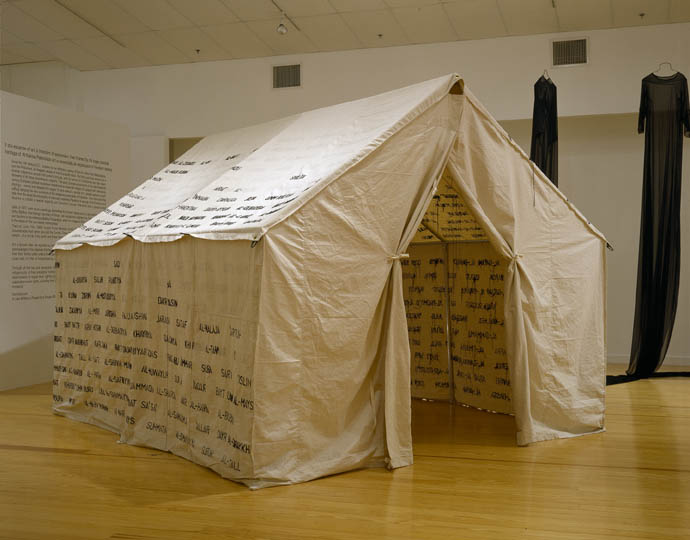 Over the past decade, the Middle East’s participation in the international art world has increased dramatically. Across the Gulf states, world-class museums have been built at a galloping clip, art fairs have blossomed, and Qatar has emerged as quite possibly the largest buyer of contemporary art on the planet. Middle Eastern artists have become stars on the biennial circuit, won major awards (e.g. Emily Jacir‘s 2008 Hugo Boss Prize), received solo shows at eminent museums, and landed blue-chip gallery representation. However, there’s no escaping the fact that art from the region—particularly outside ofIsrael—has never received the same degree of curatorial or market attention in America as other emergent global powers. No New York museum, for instance, has staged a significant survey of Arab contemporary art. Until now.