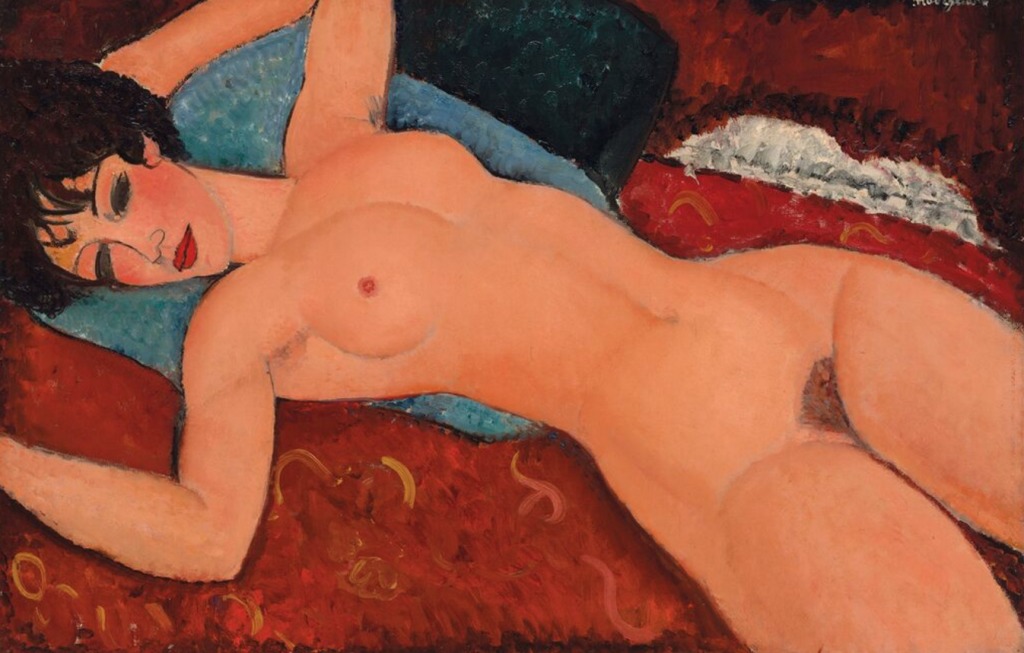 Amedeo Modigliani’s Nu Couché (1917–18) soared past its already astronomical $100 million on-request estimate en route to a record-smashing price of $170.4 million at Christie’s Monday night, making the magnificent nude portrait the second-most-expensive painting ever sold at auction—and, in a twist, a high point in an otherwise surprisingly tepid evening. The Artist’s Muse, the auction house’s latest attempt to create buzz with a “curated,” mixed-era sale, took in $491.4 million. That was higher than its $440 million low estimate, but a far cry from the total bagged by the house’s last special sale in May, “Looking Forward to the Past,” which totaled $705.8 million. (Both sales had 34 lots.)

At the bitter end, London mega dealer Jay Jopling could be seen passing the lectern on his way out of the room as Pylkkänen announced that the auction’s final lot, a Christopher Wool, had failed to sell. That work, Untitled (The Show Is Over) (1990), certainly had a fitting name, given the sale’s unraveling toward the end. But for some, the market’s not in that bad a place when a man on the phone from China spends $170.4 million dollars on a painting in a matter of minutes.