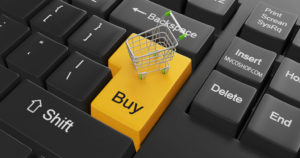 With their new online viewing rooms, the mega-galleries are challenging ideas about what can (and can’t) sell online in a changing art market.

Galleries have been offering works to buyers digitally since at least the early days of smartphones. But back then, emailed JPGs and PDF checklists were usually used to whet clients’ appetites for works they would still need to see in person before acquiring.

Even when many, if not most, premier galleries caught e-commerce fever, hardware and software drawbacks potholed the road to progress. The VIP Art Fair, the industry’s first trade show to take place entirely online, made the wrong kind of history thanks to debilitating glitches in its 2011 debut and another bout of lackluster sales the following year. David Zwirner even called the 2012 fair “a waste of time.”

Six years later, however, the game has changed in a big way—offline as much as on. Somewhat ironically, considering his displeasure with VIP, David Zwirner estimated in a Wall Street Journal profile this January that 30 percent of his clients now buy work “solely on the basis of emailed images.”