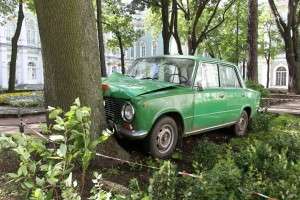 Manifesta 10 opens at St. Petersburg’s State Hermitage Museum this Saturday. To some—likely the roaming art biennale’s curator, Kasper König, among them—that sole fact is accomplishment enough. Since König signed on to head up the exhibition, much has changed on the ground in Russia: a swath of anti-gay legislation and censorship, and the Kremlin’s growing expansionist tendencies with the annexation of Crimea and alleged continued involvement in unrest in eastern Ukraine principle among other issues. König and Manifesta director Hedwig Fijen have remained optimistic, however, attempting to use the platform as a means to transcend the current geo-political wrangling. Art, they’ve repeatedly posited , cannot fall prey to politics.