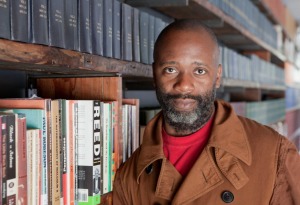 In October 2012, Chicago-based artist Theaster Gates bought a 70,000-square-foot building from the City of Chicago. Constructed in 1923, the building was previously Stony Island Trust & Savings Bank, located between Chicago’s Greater Grand Crossing and South Shore neighborhoods. The city was ready to demolish it; Gates couldn’t let it go. The cost for this fixer-upper, with its grand, fluted columns and brick exterior: $1.

Gates wasn’t totally sure what he wanted to do with the bank initially. “When he acquired the building, it was much more about preserving this emblem of the middle-class black community in these neighborhoods—this symbol of the middle class and the Great Migration of the African American community that grew in these neighborhoods,” Ken Stewart, the COO of Gates’s nonprofit organization Rebuild, said. “It was over a few years from the time that he acquired the building to now that a final concept came into view.”