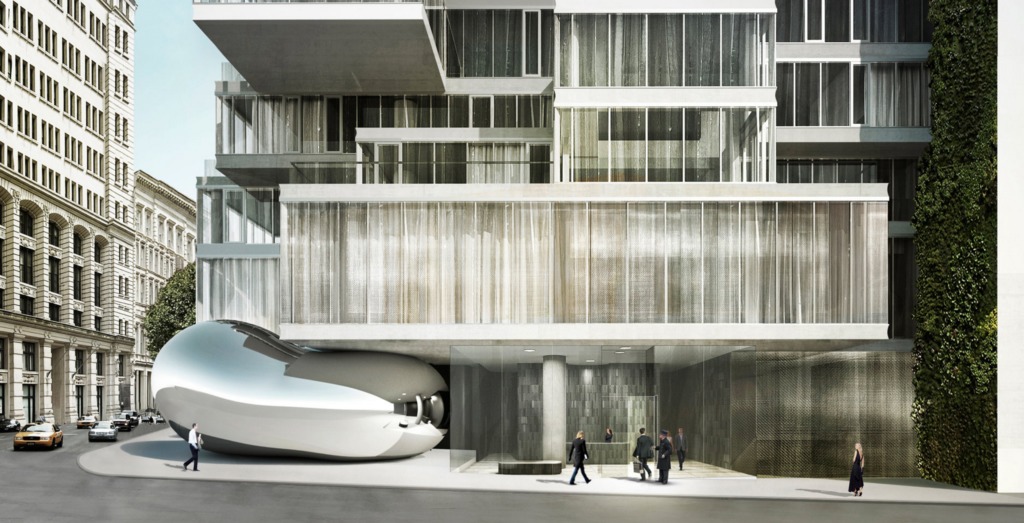 THE sculptor Richard Serra, a stickler about the differences between art and architecture, once described most public sculpture in urban architectural settings as “displaced, homeless, overblown objects that say, ‘We represent modern art.’”

For most of the last century, residential and commercial developments in New York City tended to marry architecture and art with that kind of ambivalence, if they married them at all: lobbies with a few pretty, unremarkable paintings; courtyards with pleasant design pieces or plop art by sculptors whose work rarely showed up in the museums around town.

But the landscape is starting to change, leading to what will soon be an almost walkable itinerary of some serious art in and around Manhattan buildings. The phenomenon is propelled largely by the same factors that are making it more difficult for artists themselves to live and work in the city: a concentration of global wealth with its eyes trained on real estate and luxury developers trying to stand out to attract a piece of that wealth.