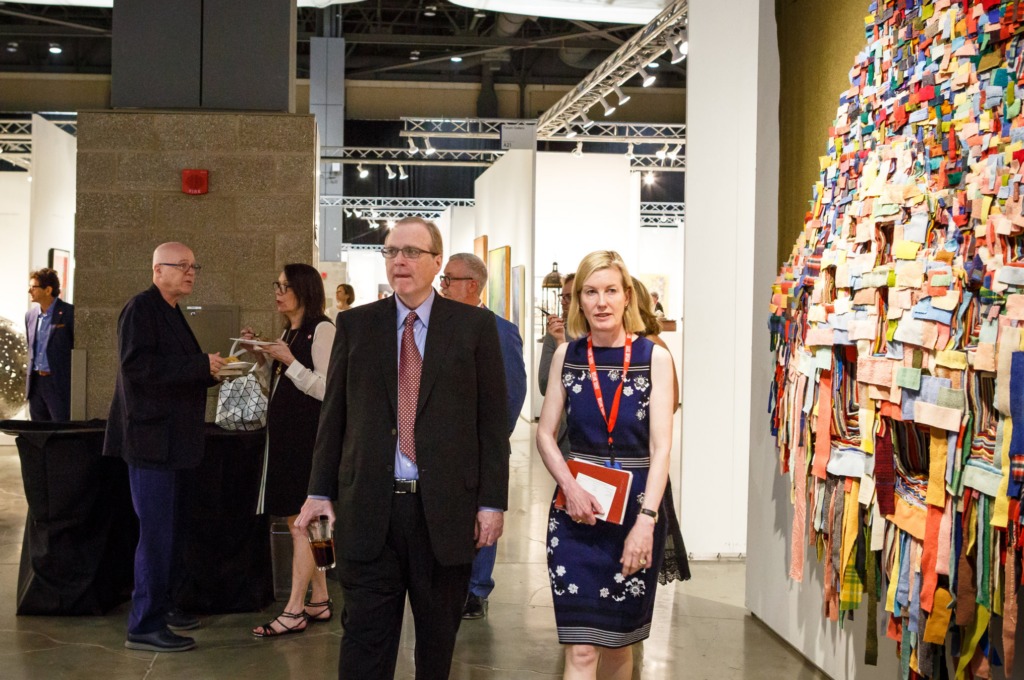 The Seattle Art Fair, started last year by Paul G. Allen, the co-founder of Microsoft, has a proud inner geek.  But like Mr. Allen himself, who has fingerprints on much of the city’s explosion of growth, geekiness only touches the surface.

Through a real estate development arm of his company, Vulcan Inc., he is building the vast urban campus of Amazon.  His Allen Institute is bringing Ph.D. researchers in brain and cell science to Seattle from around the world. And his sports franchise, the Seattle Seahawks of the N.F.L., is a local obsession.

Now his passion for art, as a collector and benefactor, is resonating too. The fair, which featured 84 galleries from locations as varied as New York, Los Angeles, Seoul and Miami — up from 60 in its first year — drew more than 15,000 visitors last year, and had about 18,000 by the fair’s close on Sunday.