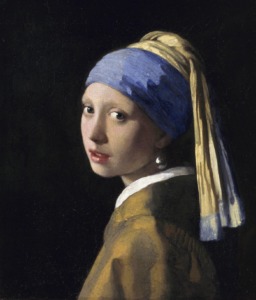 The first blue pigment to hold its color was often prized over gold. The semi-precious stone lapis lazuli was ground into an iridescent pigment, sometimes called ultramarine, that seemed to shine when applied to the canvas. The first known use of it as a pigment goes back to 6th and 7th century BCE wall paintings in Bamiyan, Afghanistan, the country where almost all of the lapis lazuli used in art was mined. It became especially popular in Renaissance Europe, often used to accent the robe of the Virgin Mary, the hue simultaneously telegraphing a high price, and a purity of material.

At the Harvard Art Museums in Cambridge, Massachusetts, a chunk of lapis lazuli is currently on view in the The Painter on Display, a small rotating installation on the identity of artists and their materials. Organizer Lola Sanchez-Jauregui, a Maher curatorial fellow in American art, stated in an online post: “It’s important not to overlook this material side of painting. I hope that viewing these tools will help people approach the paintings from a new point of view.”