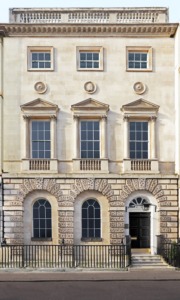 These are early days, but the Hieronymus Bosch vision of a socioeconomic apocalypse that many feared would follow Britain’s June 23 vote to leave the European Union has yet to materialize.  True, the pound has lost about 10 percent of its value against other major currencies, and a huge amount of political uncertainty still remains, but retail sales rose 1.4 percent in July, according to the British Office for National Statistics, and unemployment claims fell.

The medium and long-term challenges facing the British economy outside the European Union remain formidable, however, as do the questions hanging over the future of London as Europe’s unofficial capital of finance.

Dealers in high-end art, at least, remain confident that London will retain its mojo. At least four international galleries are investing in showpiece spaces in the capital.