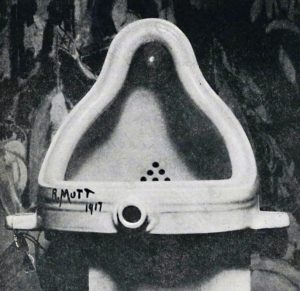 Discover the enduring legacy of the readymade in works by Manzoni, Koons, Hirst, Emin …

Marcel Duchamp’s Fountain hardly needs an introduction. Celebrating its 100th anniversary this year, the work was originally submitted for display at the 1917 exhibition of the Society of Independent Artists in New York City. Famously rejected by the committee, Duchamp instead exhibited the work at Alfred Stieglitz‘s studio to much fanfare.

Though the original has since been lost, 17 replicas were produced in the 1960s. Fountain is widely regarded as a seminal work in 20th century art for giving birth to the “readymade,” and has influenced countless artists since.

Here, we take a look at some of the most prominent artworks that have taken their inspiration from the concept of the readymade over the course of the last century.