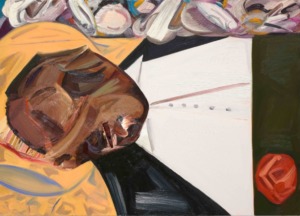 Presuming that calls for censorship and destruction constitute a legitimate response to perceived injustice leads us down a very dark path.

The presence of blackness in a Whitney Biennial invariably stirs controversy — it’s deemed to be unfit or not enough, or too much. The current Whitney Biennial is no exception — the art press has been awash this past week with reports of a protest staged in front of a painting of a disfigured Emmett Till lying in his casket and a letter penned by an artist who called for the work to be removed and destroyed. The painter is Dana Schutz, a white American. The author of the letter is Hannah Black, a black-identified biracial artist who hails from England and resides in Berlin. The protestors are a youthful coalition of artists and scholars of color. The curators being called on the carpet are both Asian American. Debates about the painting and the letter rage on social media, to the exclusion of discussion of the many works by black artists in the show, most notably Henry Taylor’s rendering of Philando Castile dying in his car after being shot by police. This multicultural melodrama took a rather perverse turn on March 23, when an unknown party hacked Schutz’s email address and committed identity theft by submitting an apologia under her name to the Huffington Post and a number of other publications; it was printed and then retracted. Up to now, none of Schutz’s detractors have addressed whether they think it’s fine to punish the artist by putting words in her mouth.