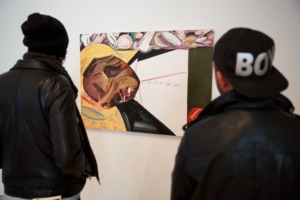 We all encounter art we don’t like, that upsets and infuriates us. This doesn’t deserve to be exhibited, our brains yell; it should not be allowed to exist. Still, does such aversion mean that an artwork must be removed from view — or, worse, destroyed?

This question has been at the heart of the controversy that has split the art world since the Whitney Biennial opened nearly two weeks ago. The turmoil, which has been excruciating for many people in different ways, centers on “Open Casket,” a painting in the exhibition by Dana Schutz. The work is based partly on photographs of the horrifically mutilated face of Emmett Till lying in his coffin in 1955, about 10 days after that African-American 14-year-old was brutally killed by two white men in Mississippi for supposedly flirting with a white store clerk. The artist, Ms. Schutz, is white, and her use of the images has struck many in the art world as an inappropriate appropriation that, they argue, should be removed.