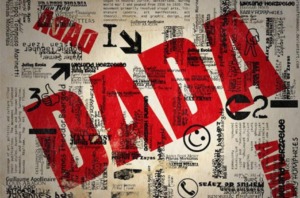 The art movement known as Dada, or Dadaism, has undoubtedly shifted the course of artistic history on multiple fields. Uniting the European avant-garde in the early 20th century, the movement was officially created in Zürich, Switzerland, in 1916 at CabaretVoltaire, and it celebrates 100 years of existence this year. Nurturing many monumental artists and their artwork that started out as a correspondence to the outbreak of World War I, the movement itself supported chaos and irrationality in art, and Hans Richter went as far as to call it not art, but “anti-art.” It was also very unstable as a form, melding into surrealism, while some call it the beginning of postmodern art. Its artists had been on the verge of artistic expression, going towards other ideas and movements including surrealism, social realism and other forms of modernism, which is why some of the Dadaist artists are arguably placed under this category.

We covered the artwork pieces that shaped its successor, Neo Dada, and now we’ll revisit some of the monumental artists that are considered Dadaists, which have changed the course of art history with their work.