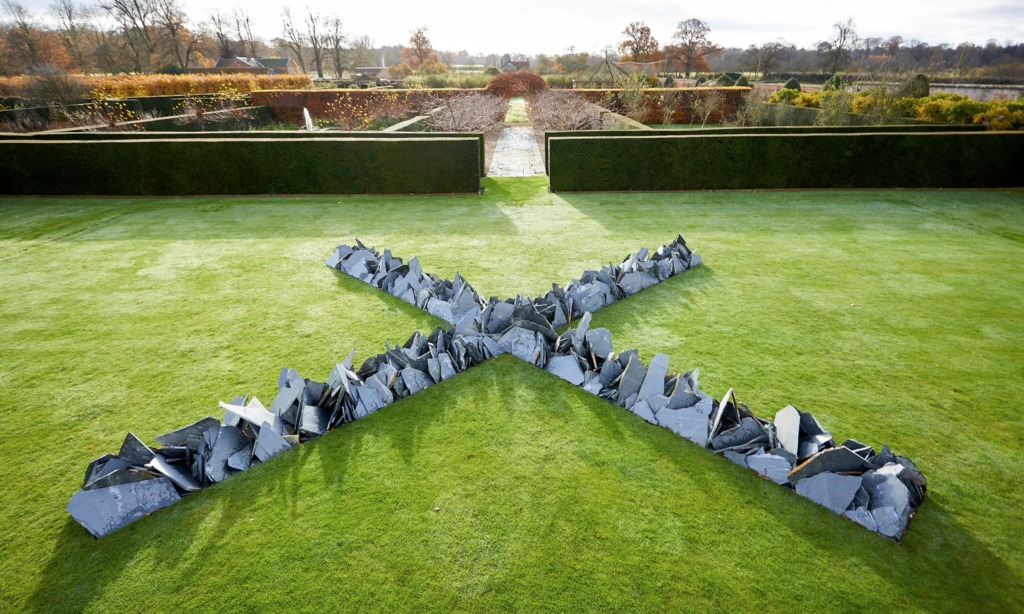 He has walked the Earth, recording his traces and turning them into mysterious works of land art. Now 71, with a new show in Norfolk, art’s great hiker talks about cloud-chasing in France, sculpting on Kilimanjaro – and the paths that lie ahead.

Sixteen enormous tree stumps, their roots turned towards the sky, stand in a circle in a country park. The mist and deer gather around. This magical-looking sculpture is placed where the Norfolk hamlet of Houghton once stood, until Sir Robert Walpole, Britain’s first prime minister, moved the vista-spoiling villagers further from his lavish new Palladian mansion.

Houghton Hall is a venerable stately home these days, but White Deer Circle, as this work is called, is new – created by Richard Long for an exhibition that, unusually for this visionary land artist, is being held outdoors. His stump circle is an uncanny echo of a Seahenge, an ancient wooden circle discovered on a beach 12 miles away. Amazingly, Long, who this year marks 50 years of showing his walking-inspired work, has never heard of the bronze age relic. Perhaps Long is listening to the landscape more closely than most, though, for he is unsurprised by such serendipity.

“All these coincidences are part of the natural way of things, aren’t they?” says the artist, whose minimal, modernist landscape works first disrupted pop art in 1967, when he was still a student at St Martin’s in London. He took a train from Waterloo, found an ordinary country field and walked up and down it, then took a photograph of his traces and exhibited it under the title A Line Made by Walking.