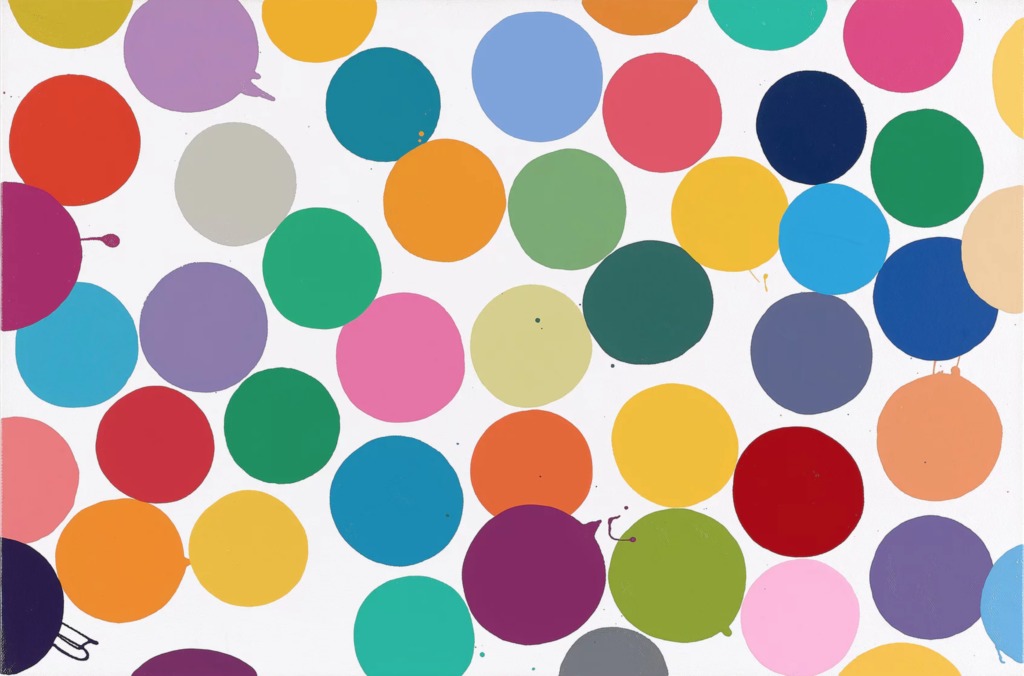 Exhibition of Colour Space paintings will open in March in the gilded state rooms of Houghton Hall in Norfolk.

Damien Hirst is to take over the spectacular gilded state rooms of Britain’s finest Palladian mansion to show a new series of his long-running spot paintings.

The Colour Space works, two of which can be seen here for the first time, will be shown at Houghton Hall in Norfolk, built in the 18th century for Britain’s first prime minister, Sir Robert Walpole, and which once housed one of the world’s greatest art collections.

The exhibition, opening in March, is another example of Hirst never doing anything by halves. In 2012 he took over all 11 Gagosian galleries around the world for his spot paintings, and last year his monumental fantasy exhibition Treasures from the Wreck of the Unbelievable filled two grand Venice palaces.