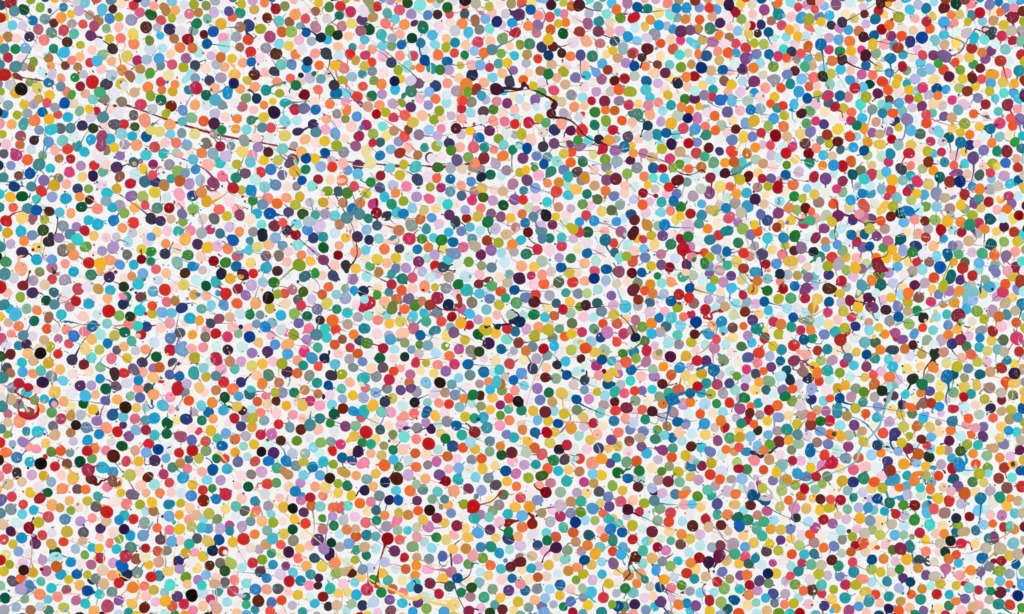 The British artist Damien Hirst will exhibit new works from his series of spot paintings at a stately home in Britain.

The exhibition, titled “Colour Space,” will open in March at Houghton Hall in Norfolk, in the southeast of England; the mansion was built in the 1720s for Britain’s first prime minister, Robert Walpole.

Roughly 50 of Mr. Hirst’s new works will go on display in the state rooms of a building that once housed a world-class collection of European old master paintings.

“I originally wanted the Spots to look like they were painted by a human trying to paint like a machine,” Mr. Hirst said in a statement. “‘Colour Space’ is going back to the human element, so instead you have the fallibility of the human hand in the drips and inconsistencies.”

In the statement, Mr. Hirst said, “There are still no two exact colors that repeat in each painting, which is really important to me. I think of them as cells under a microscope. It felt right to show them somewhere historic rather than in a conventional gallery space and Houghton’s perfect.”