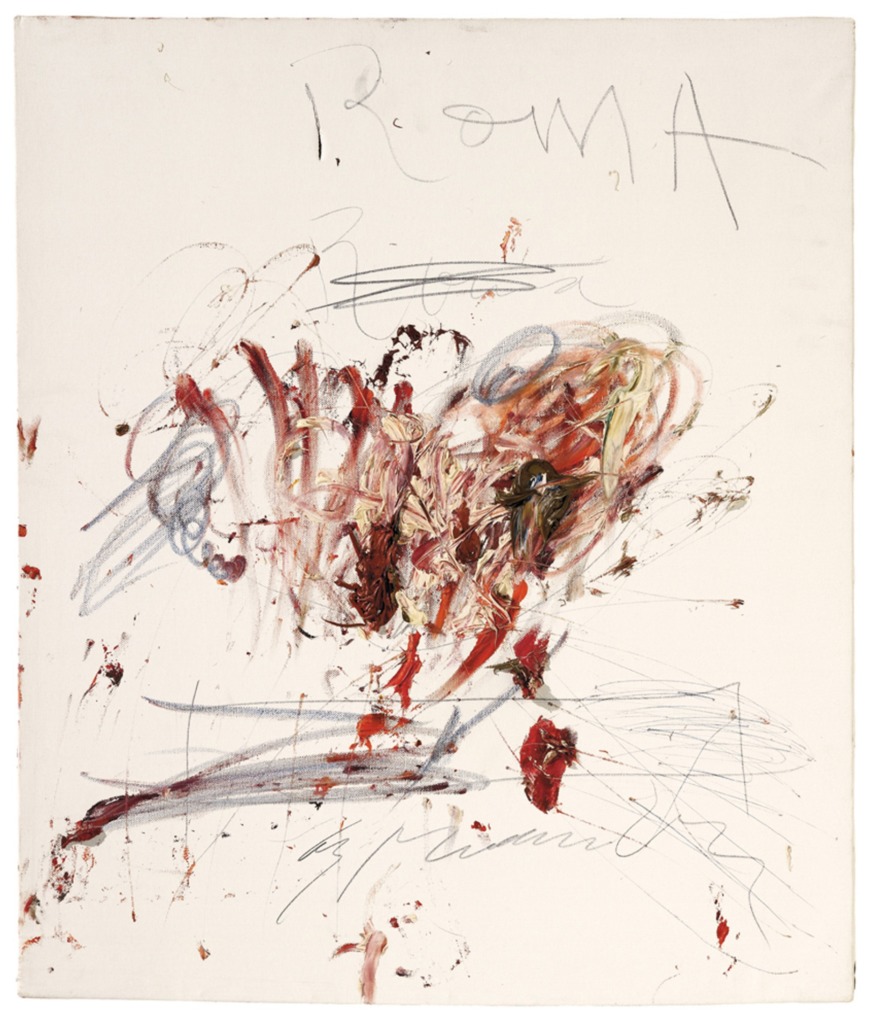 Rosalind Krauss misreads Twombly in more ways than I can enumerate.

In her essay, “Cy was here: Cy’s up” (ArtForum, September 1994), Rosalind Krauss made this observation about Cy Twombly:

Twombly “misreads” Pollock’s mark as graffiti, as violent, as a type of antiform. And this misreading becomes the basis of all of Twombly’s work. Thus he cannot write “Virgil” on a painting and mean it straight. “Virgil” is there as something a bored or exasperated school-child would carve into a desktop, a form of sniggering, a type of retaliation against the teacher’s drone.

This reading of Twombly fits in with the commonplace critical narrative that the past is dead, and that it is only good for appropriation and ironic commentary but not much else. Krauss’s condescension towards Twombly is evident in her use of the descriptors, “bored or exasperated schoolchild.” In her neat hierarchical construction — a negative way of thinking that is recurrent in criticism and politics — Jackson Pollock resides at the top of the food chain while Twombly sits, at best, somewhere in the middle.

Krauss is not alone in her need to construct hierarchies. There are still lots of critics, curators, and artists content to ally themselves with established viewpoints as well as assert for the umpteenth time that painting and drawing are things that have been used up, that they are old threadbare coats that should been thrown out long ago. This is capitalist aesthetics in a nutshell — everything is disposable.