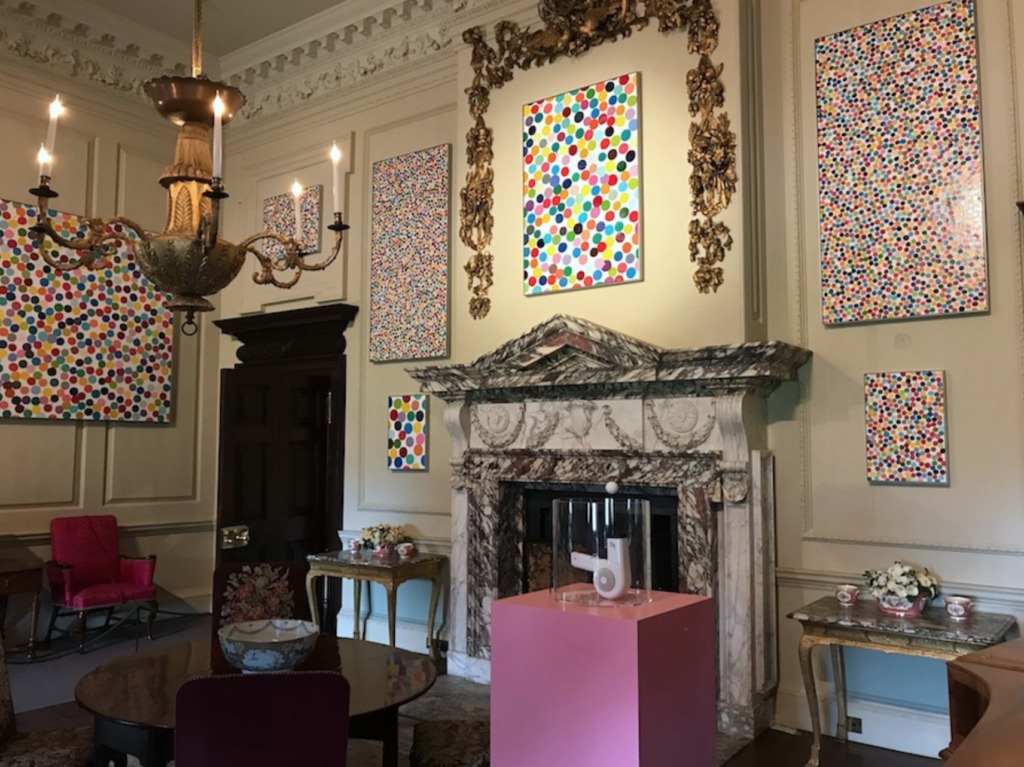 Last week I was a guest at the magnificent Houghton Hall, one of the most impressive Palladian houses in Britain. This is a house steeped in history and surprisingly still in the hands of the original descendants of Sir Robert Walpole, the first Prime Minister of Britain.

Houghton Hall with its lavish interior design and detailing slightly overshadows Hirst’s spot paintings, but never the less by having so many installed in the grand rooms they become a focal point competing favourably with the surroundings. Think of the way contemporary art shines in the rooms of grand palaces between the covers of old issues of Architectural Digest and you have the essence of this fine display. Hirst has returned to painting spots loosely onto the canvas. Some are similar to his very first spot paintings with actual physical signs of paint, texture and drips. Others are in a Pointillist style and were likely painted by Hirst himself.

My all-time favourite Hirst figure is included in the exhibition. ‘Charity’ a sculpture modelled on one of the 1960s uncomfortably named ‘Spastic Society’ collection boxes, appears crowbarred open with the coins spilling out on the pavement. This is installed in a courtyard of outbuildings which intensifies the scale.

My trip to Houghton Hall each year is somewhat of a treat, for this jaded culture writer. With Hirst’s work love it or loathe it you can’t ignore it. It is firmly centred in the 1990s always a loud statement or soundbite. It is playful and often garishly irresistible. It is art for new money but does it work surrounded by old money? Yes, I can confirm it does.