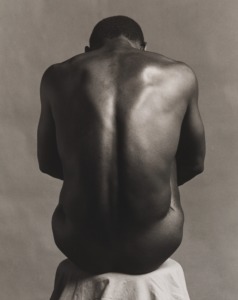 The photographer’s once-taboo images have lost their power to shock, and feed into outworn stereotypes, a critic argues.

Thirty years after Robert Mapplethorpe’s death, the legend still obscures the photographs. His demise at 42 from AIDS, during the height of the American epidemic, gave a tabloid stamp to the authenticity of his sexually transgressive art. And right at that time arose the political controversy that enshrined him as a martyr to artistic freedom: a Congressional uproar over a traveling exhibition and then a grandstanding criminal obscenity case in Cincinnati. His place in political history is secure.

But how do his photographs stand up? Are they, to invoke Ezra Pound, news that stays news? A yearlong exhibition at the Guggenheim Museum, which aims to lionize the photographer, instead suggests that his sexually explicit images, once shocking, now look like clinical illustrations in a textbook on fetishes, while his glorifications of black men feed into old, odious stereotypes.