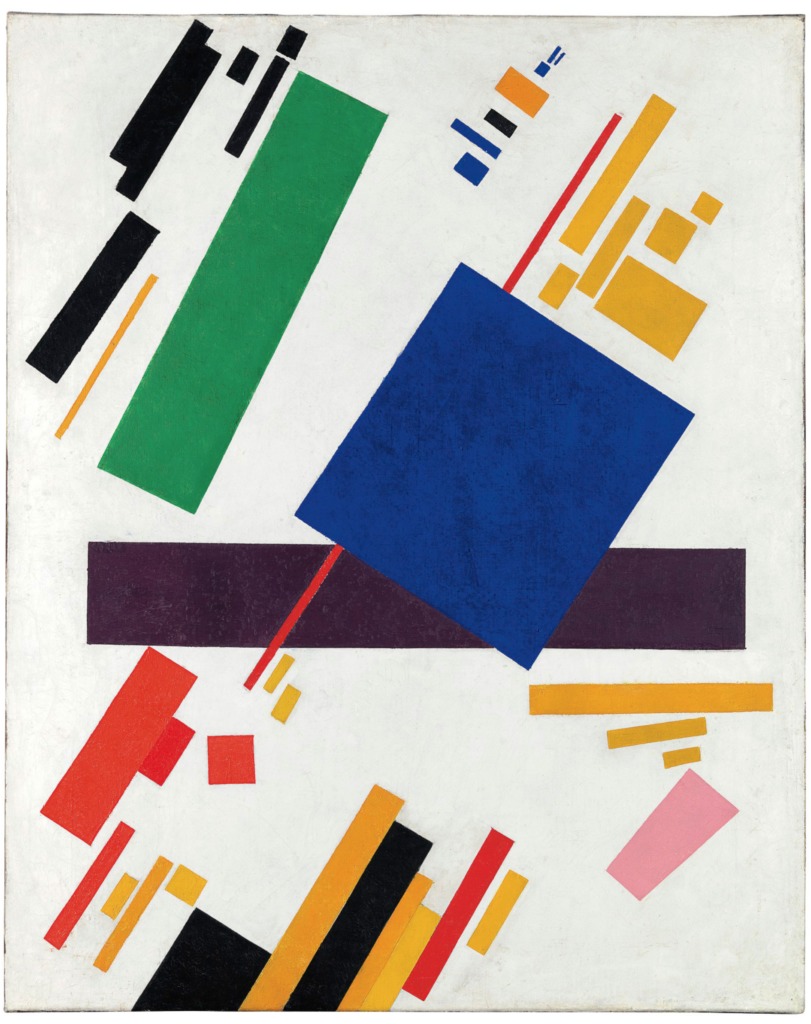 How this 1916 canvas, included in every major survey of Malevich’s Suprematist works mounted during his lifetime, revolutionised modern art. On 15 May it is offered in the Impressionist and Modern Art Evening Sale  in New York.

On 17 December 1915, a series of new paintings by the Russo-Polish artist Kazimir Malevich (1878-1935) was exhibited in the Dobychina Art Bureau in the recently renamed city of Petrograd (now Saint Petersburg). Unlike anything Malevich — or indeed any other modern painter — had done before, these geometric, completely abstract works were a shock to everyone who saw them. Indeed, they were so radically new that they seemed to many to announce the end of painting, and perhaps of art itself.

Malevich’s Suprematist Composition, painted in 1916, is one of the finest and most complex of these first revolutionary pictures. Composed of numerous coloured, geometric elements, it epitomises the artist’s vision of the world as he believed it would be experienced in a state of higher-dimensional, or ‘supreme’, consciousness. As in his other so-called ‘Suprematist’ pictures, this work does not seek to suggest a real or readily understandable image, but to articulate its own universe, brought into being purely through the act of painting.