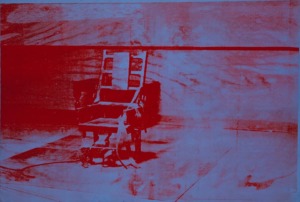 While most types of artworks are identified as individual pieces that can never be completely replicated, printmaking techniques make an exceptional set of practices that possess the ability to create multiple copies of a single piece of art. As such, pieces of printmaking are considered original artistic works despite the fact such artworks can exist in multiple copies. From a practical standpoint, prints are made from a sole original surface known by its technical name as a matrix or a plate. After a matrix is created upon a block, plate, stone or screen, the depicted design is transferred by contact on the surface of the actual piece which then becomes the print. Conventional fine prints are normally produced in limited edition sets and each print needs to be numbered and signed by the artist personally. Afterwards, the matrix is usually destroyed as to prevent any future prints from being made.

Many modern readers tend to hear the words printmaking techniques and immediately think of mechanically mass-produced commercial products, such as books, newspapers and textiles. However, printmaking techniques usually refer to a set of methods through which a fine arts print is made, an original creation of an artist who, instead of using a paintbrush or the chisel, has opted to use printmaking tools to express himself. Usually, the ability to have multiple originals is not the crucial feature for an author to choose printmaking over other mediums. Instead, what seems to be the key characteristic is the unique visual qualities that all types of printmaking have in their arsenal.