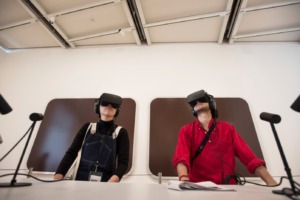 This will be remembered as a year when art got seriously political. The Whitney Biennial in New York and the inaugural Athens edition of Documenta are just two of the high-profile exhibitions trying to convey and confront the tumult of our times.

Dana Schutz’s painting “Open Casket,” showing the mutilated corpse of Emmett Till, the African-American teenager lynched in Mississippi in 1955, drew protests at the Whitney and online last month. And viewers were hardly less disturbed in Athens when they watched Artur Zmijewski’s 20-minute film “Glimpse,” chronicling the misery of the refugee camp, now demolished, in Calais, France, known as the Jungle.

“Artists aren’t making political work for the market, it’s for people watching the world,” said Mr. Schimmel, who was once chief curator at the Museum of Contemporary Art, Los Angeles. “Goya made the greatest political art, but the market wasn’t kind to him, either.”

Maybe the market will be kinder to the would-be Goyas of our day.