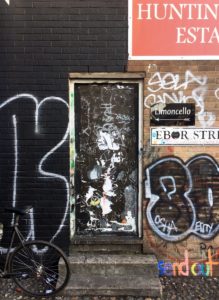 Ever since the global financial crisis of 2008 and the art market’s subsequent decline a year later, the middle market has come under increasing pressure. According to economist Clare McAndrew’s Art Market | 2017 report, the middle market—defined for dealers as works priced between $5,000 and $50,000—is the “most difficult segment” in which to operate. Along with thinning sales, galleries have been faced with rising rents and an art market in which commerce is increasingly concentrated during international art fairs rather than throughout the year in traditional gallery spaces. In response, some galleries are closing or changing their model for doing business.

Meanwhile, Anthony Reynolds, who closed his London space in 2015 but maintains all the activities of a primary gallery, exhibited at miart last year. Reynolds’ decision to shut was taken as “a way of encouraging a more flexible approach and a mutually beneficial economic model” according to a statement. In 2017 the gallery is organizing five exhibitions in four countries and taking part in five fairs.

The main reason art fairs are so coveted by dealers, Resch says, is because of the lure of new collectors. “The fundamental problem for galleries is there are not enough collectors, that’s why galleries open and close,” he said. According to his Global Art Gallery Report, 49% of galleries were founded after 2000 and a meager 7% have been open for more than 35 years.

“This might seem like a new problem, but it’s not. Galleries have always closed and new ones have always joined the ranks,” he said.