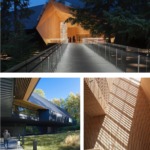 It was difficult to pick favourites in a year that delivered such a bounty of breathtaking galleries, museums and gathering places. From the Baha’i Temple in the foothills of the Andes (by Hariri Pontarini) to the subterranean Dialogue Centre Przelomy by KWK Promes, here are 10 of the best cultural buildings of 2016, including our very own Audain Art […] 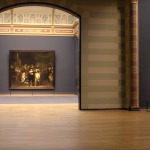 Three works by the celebrated British artist Anish Kapoor are on show in the Gallery of Honour at the Rijksmuseum until 6 March 2016. The three painted reliefs created from layers of red and white resin and silicone evoke images of bloody, sinewy lumps of meat. These extraordinary visceral works will enter a visual dialogue […] 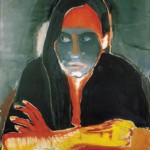 Seven years ago, Marlene Dumas briefly became the world’s most expensive living female artist, a dizzying upward move that was reported, somewhat breathlessly, in newspapers from New York to Tokyo (her 1995 paintingThe Visitor was sold by Sotheby’s for £3.1m; previously, her prices had stood at around the £50,000 mark). Yet her name remains, here and […] 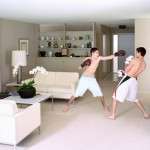 There is good deal of irony in the manner in which Vancouver’s Jeff Wall presents his photograph “Invisible Man” by Ralph Ellison, the Prologue (1999–2000)—printed on a transparency and mounted on a light box. “The large-scale image is illuminated from behind by fluorescent lights, which Wall began using after seeing light-box advertisements in the late 1970s,” according […]